From Norwood 6 to Full Head of Hair! - FUE Hair Transplant by Dr. Cole

Patient DEL was a Norwood 6 at 29 years old. His hair loss pattern was aggressive for someone his age. There was little hope to provide a strong reinforced frontal hairline, let alone restoring the entire balding area. Also, there was a concern that he would progress to a Norwood 7, further reducing the amount of donor available. During our initial contact, The patient was advised against having a procedure. He was believed too far gone to accomplish his goals. Fortunately, he had not lost hope and began treating his hair loss with medication. Our clinic would receive photos of patient DEL’s progress every quarter. Each quarter began to improve the quality of his existing hair, and there was more regrowth every quarter. The patient had maximized the results he would see from the medication at the one-year mark. His dedication and consistency in restoring his hair prompted him to become a candidate for hair restoration. Achieving a full set of hair was still a long shot for him. He was a Norwood 5 when he arrived for his first procedure. Typically, patients beyond a Norwood 3 do not have enough donor to fill in the entire scalp. The patient was advised to focus on the front for his initial procedure and schedule a follow-up to address the crown. It was explained to him that it is easier to create the illusion of a full set of hair in the front, but the crown requires the original density he was born with to appear full.

After agreeing with our recommendations, Patient DEL arrived for his first procedure. Upon his arrival, the surgery staff began taking measurements of his donor density. Unfortunately, the number of follicular units per square centimeter was below average. His first procedure consisted of 3,297 grafts and all the available regenerative treatments. His response to the transplant was great. In addition, his donor area responded well to the Acell treatments, and the grafts grew far faster with the CRP. Since his first procedure, Patient DEL has had a total of 6 procedures. The graft count is 9,485 grafts, doubling what was expected for harvest. His goal of a complete set of hair has become a reality. In conclusion, he has a full set of hair now, Patient DEL is aware he will need to continue the topical finasteride. His continued pursuit in the combat of hair loss will be a constant battle. Though his donor area is not taped out, it is very limited. Regenerative treatments and medical therapy are just as necessary as the transplant itself. 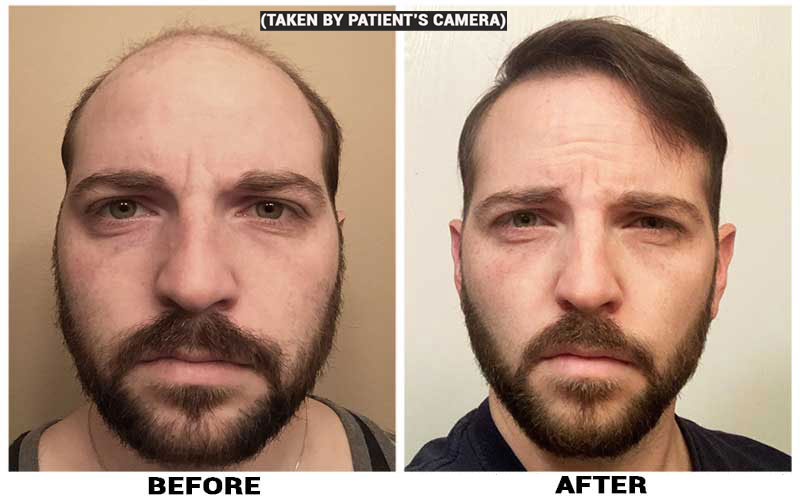 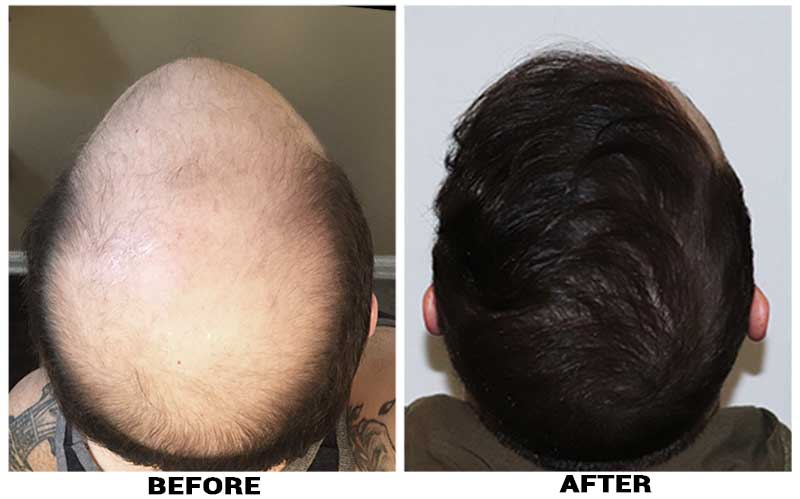 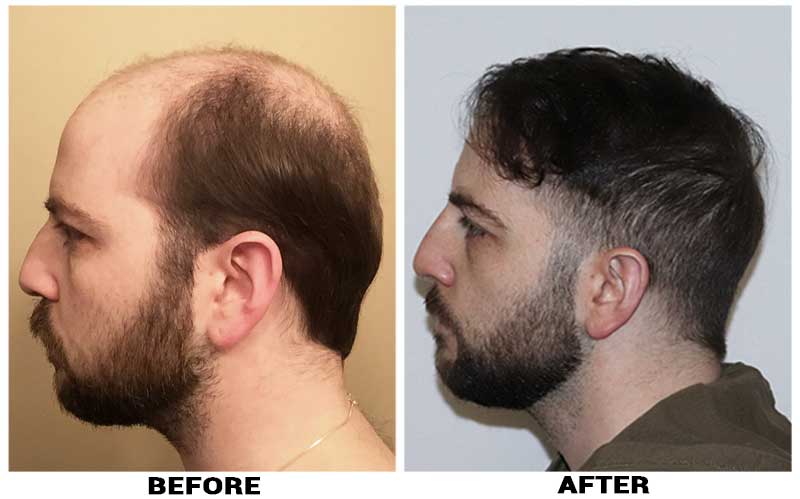 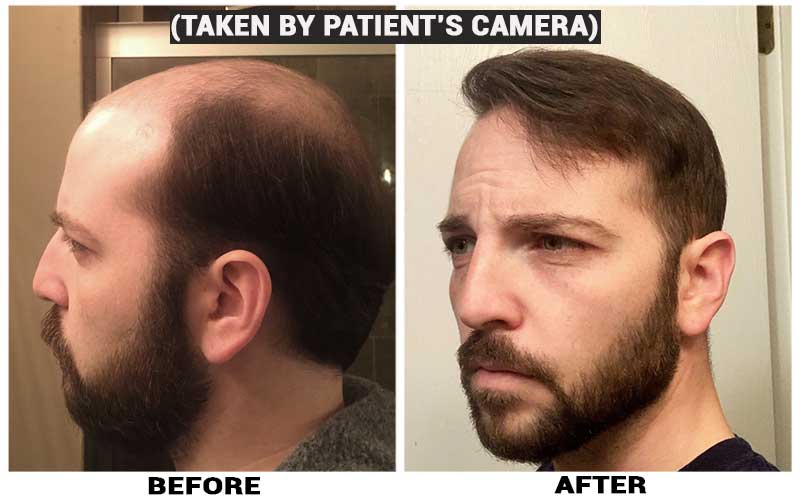 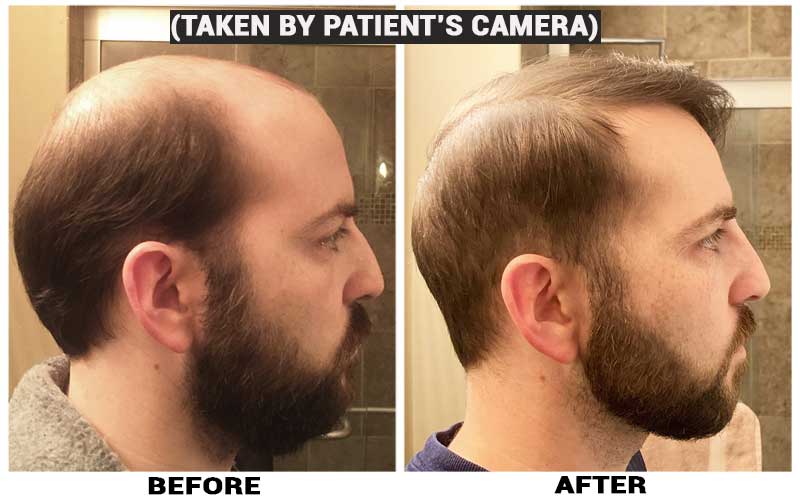 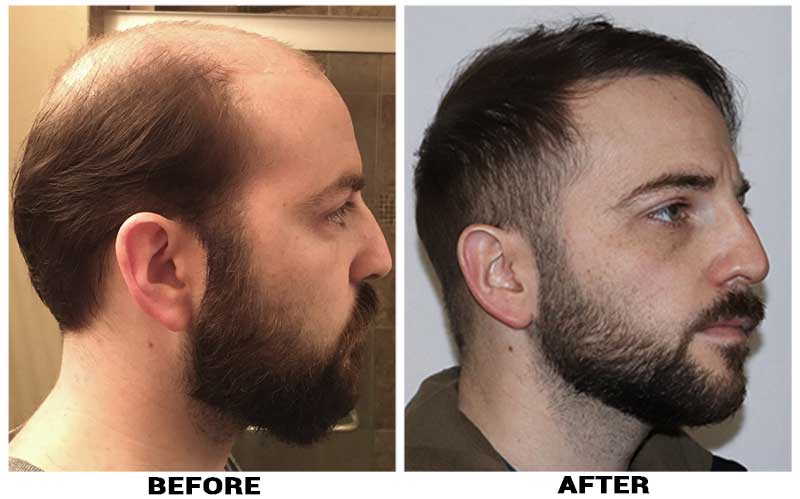 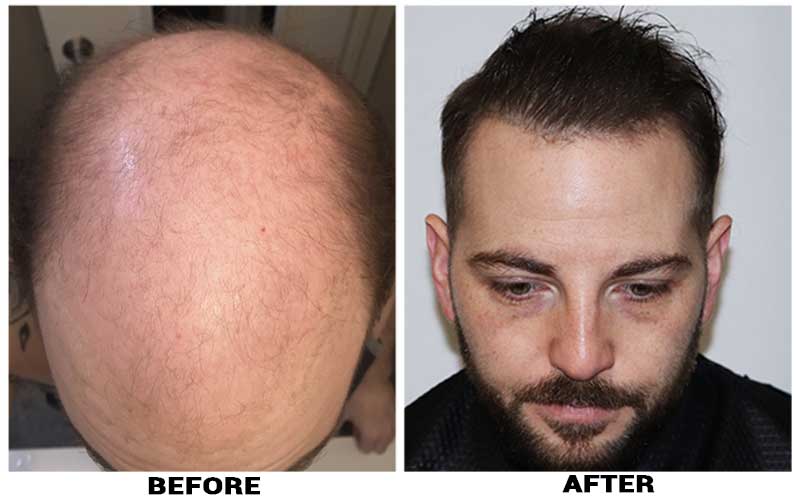 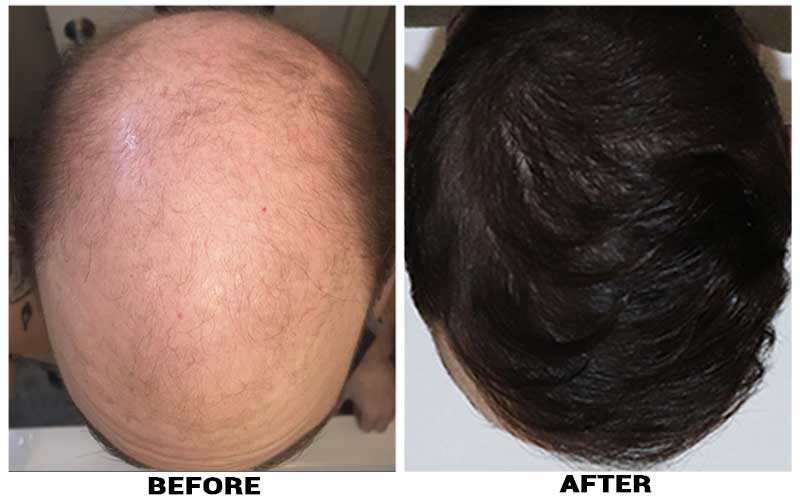 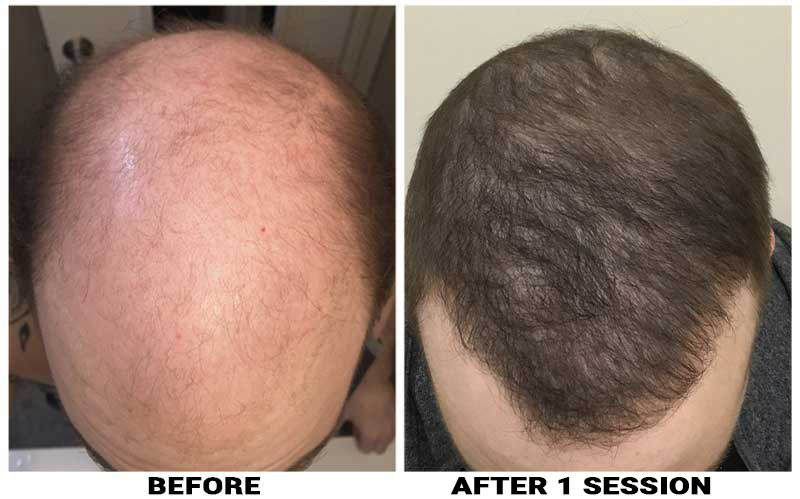 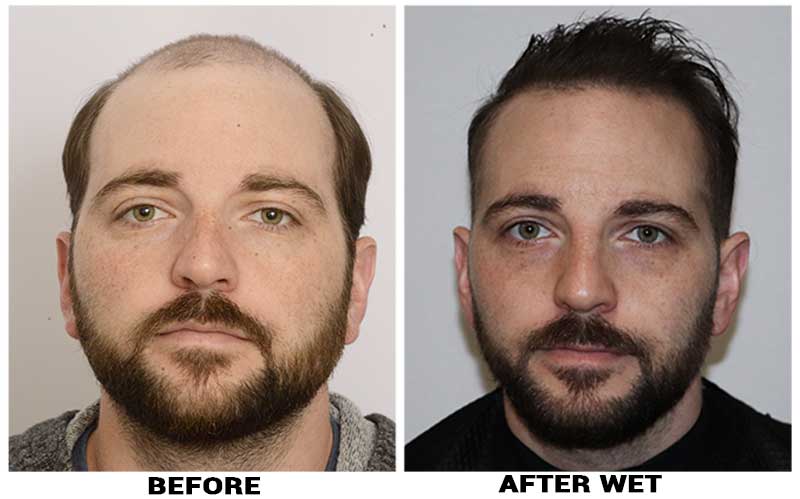 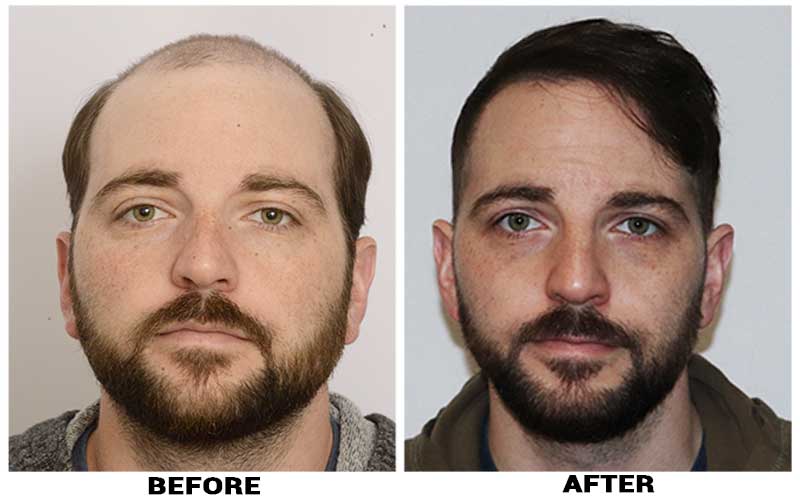 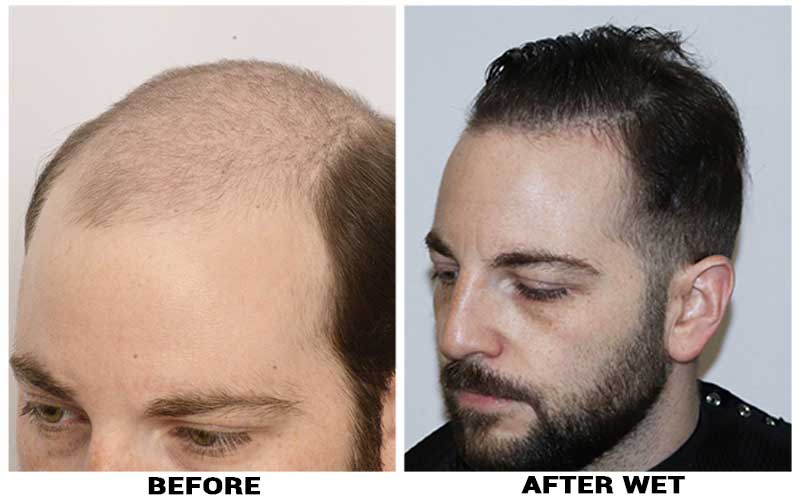 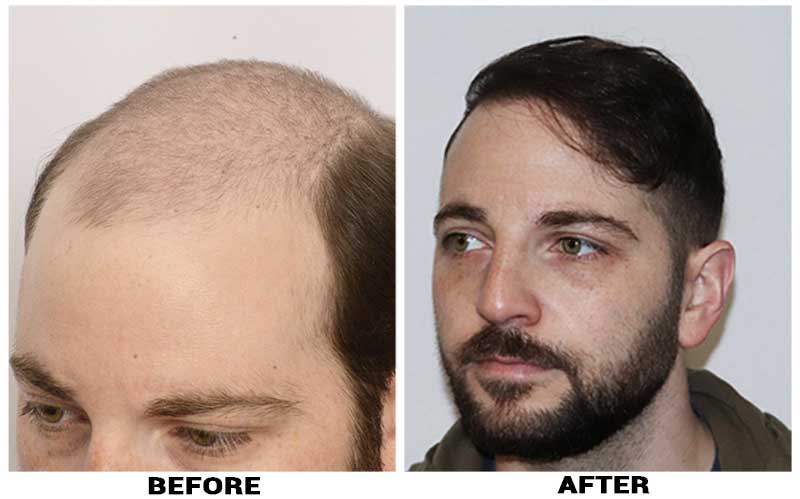 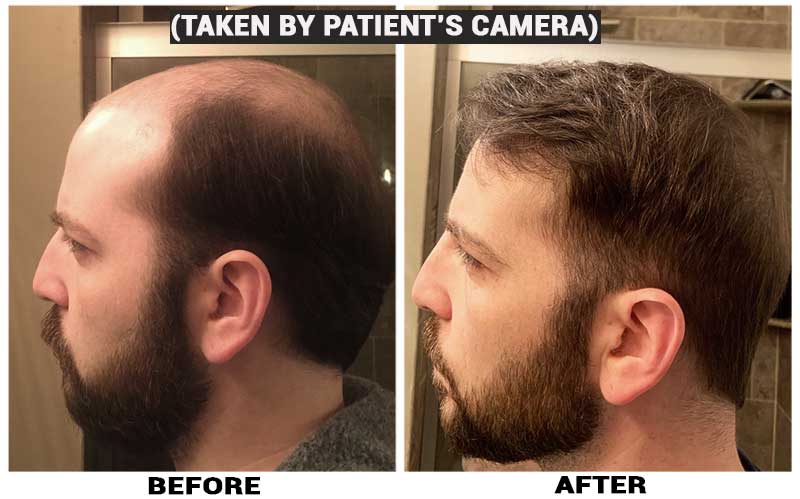 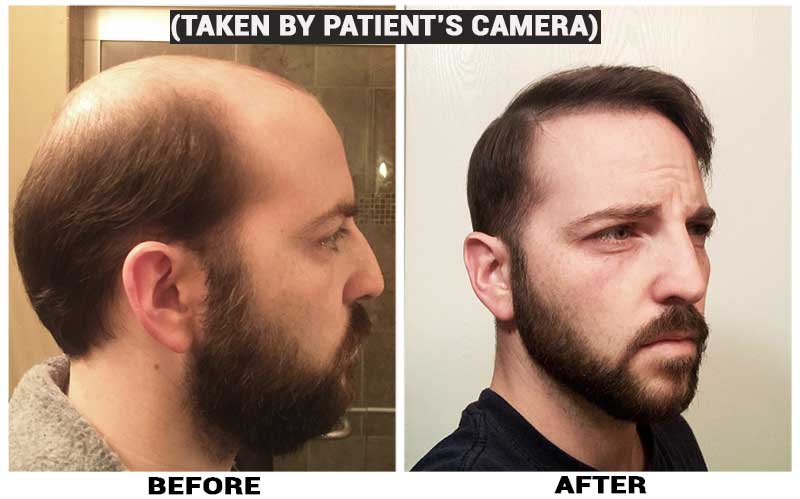 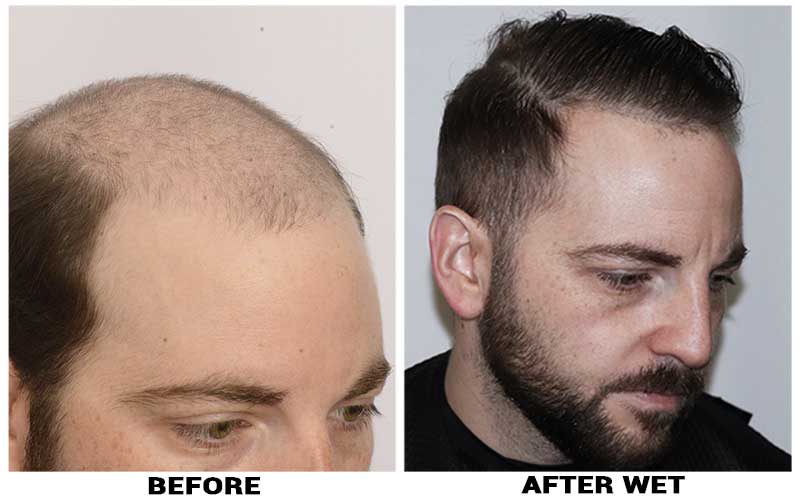 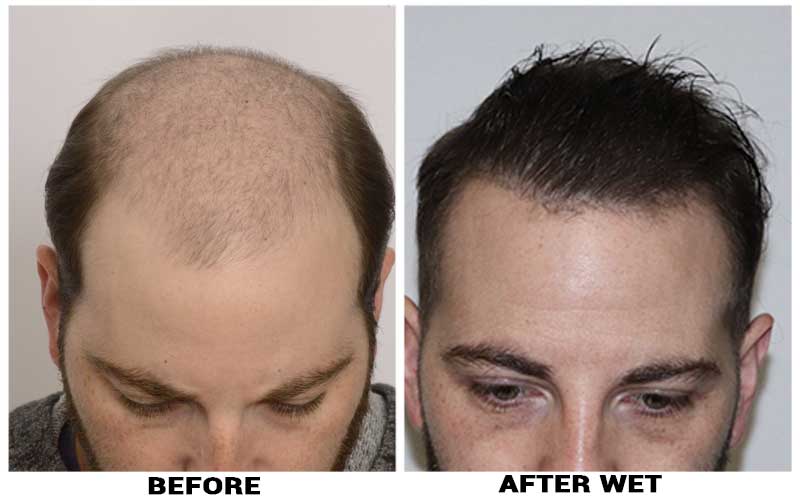 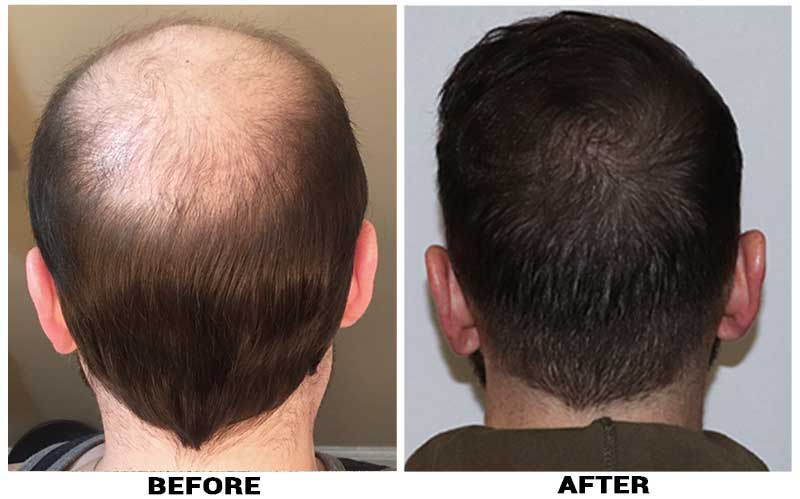 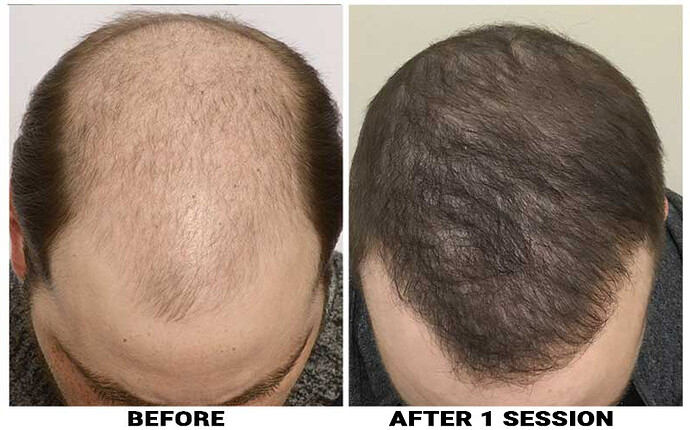