1) Poorly designed hairline. We believe the clinic drew his hairline without consideration of his frontal facial anatomy taking an approach of “drawing a hairline from behind the patient”
2) Not only was the hairline unnatural at a visual level but also at a microscopic level with the staggering of his hairline with pluggy grafts and “saw-tooth” like in design
3) Hairs were also implanted at a poor direction and angulation

A lengthy discussion around what can be done was had between patient and our Surgeons. Considering the extent of the patient’s over-harvested donor area we chose a conservative approach to his repair. We brought his hairline forward a touch and balanced it from a visual POV. We opted to hide his existing hairline with our approach and also densify his temples and hairline where he needed more volume.

The direction and angulation of his existing grafts we couldn’t correct entirely without removing and redistributing them which the patient did not opt for. We instead chose to blend his existing poorly angulated grafts with a new hairline to make his hairline appear more natural and creating a soft cowlick with his poorly angulated hairs.

When we operated on the patient we encountered a number of difficulties. The blood supply to his scalp was severely impaired in particular areas which we believe was from very deep incisions from his previous surgery. We had to reduce the density in certain areas of his scalp to ensure he didn’t have impaired surgical healing.

Over the course of 1 day we transplanted 1800 grafts using the FUE technique to his hairline and forelock. His results are as shown and we are chuffed to hear he is over the moon with his growth. 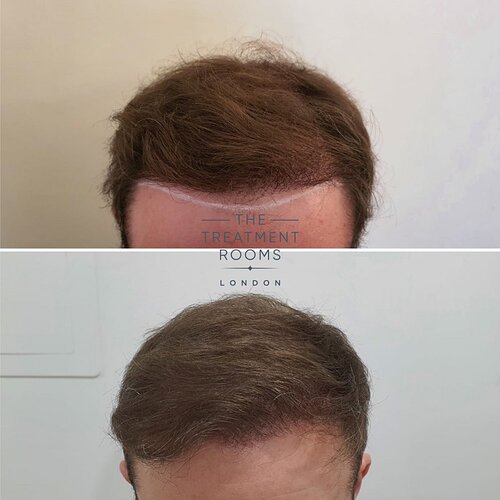 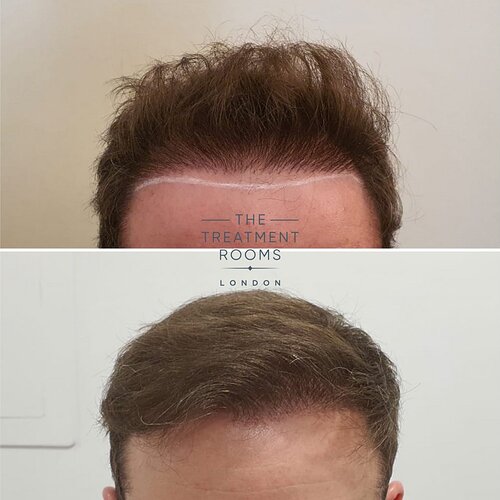 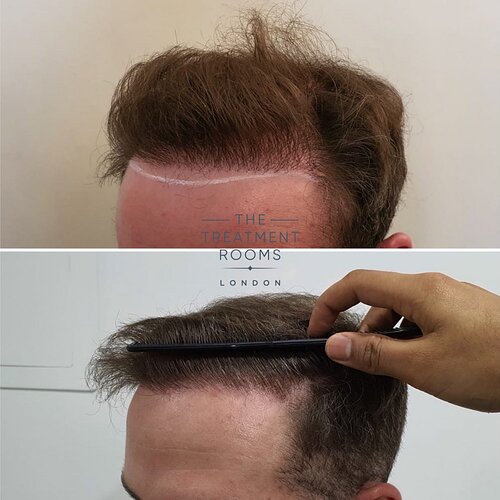 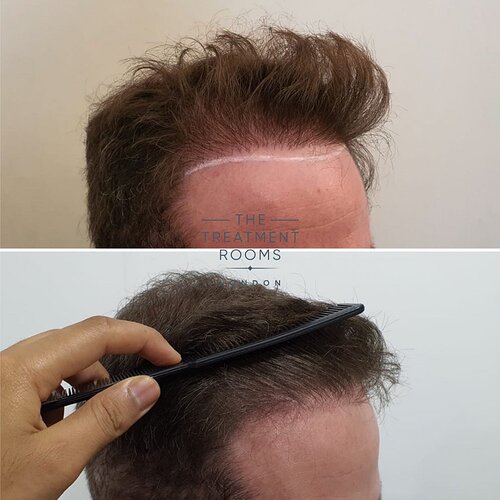