When this Vancouver area patient came to us about his hair loss, it bothered him to a considerable degree. However, at the time of his procedure, he was not in a position to commit too many resources to his hair. While Dr. Hasson believed the best possible result would require something in the 4000 to 5,000 graft range, this patient asked what would be the minimum amount of grafts that could still achieve a substantial cosmetic impact with the idea he could have more later. It was determined that if Dr. Hasson could rebuild a nice hairline and add adequate density to the frontal zone, there was enough hair behind the frontal zone in the mid-scalp and crown if grown long enough to create a nice amount of coverage and blend with the reconstructed frontal zone.
Given all factors, something in the 2,000 graft range was estimated to be enough to achieve the goal for the first procedure. 2155 were ultimately harvested and 362 were single hair grafts, 1473 were doubles and 320 were 3-4 hair grafts. The plan was to reevaluate a possible second session once the first session was fully grown in and financial resources were replenished. With the exception of the last photo set, these photos represent the 2155 FUE result 18 months later taken before his second procedure to address the mid-scalp and crown. The last photo set at the bottom represents the 1 day post-op from his second procedure to complete restoration of the mid-scalp and crown. 3200 grafts were employed for round two and we hope to have updates on that in the future. 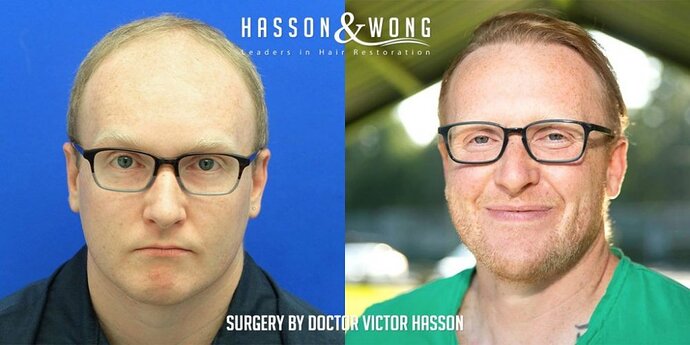 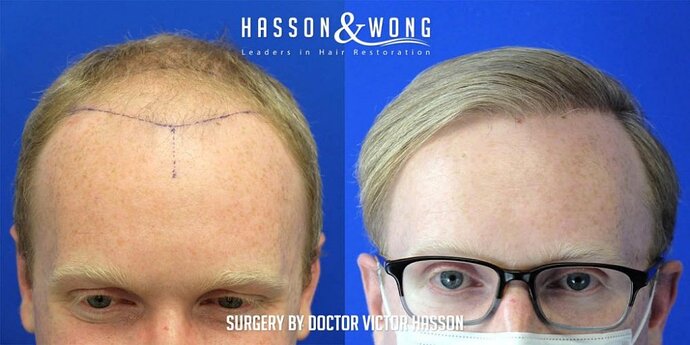 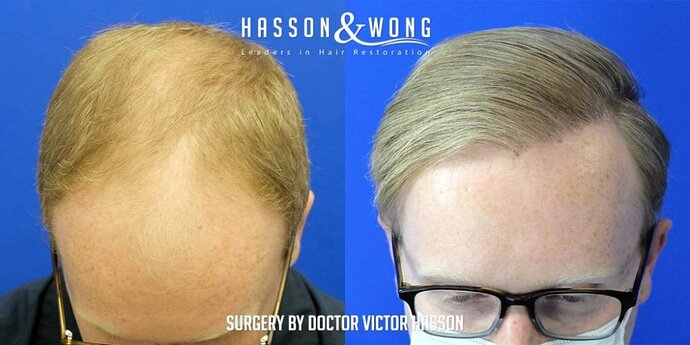 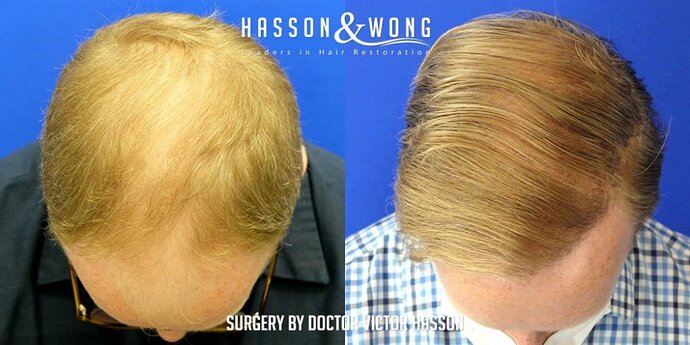 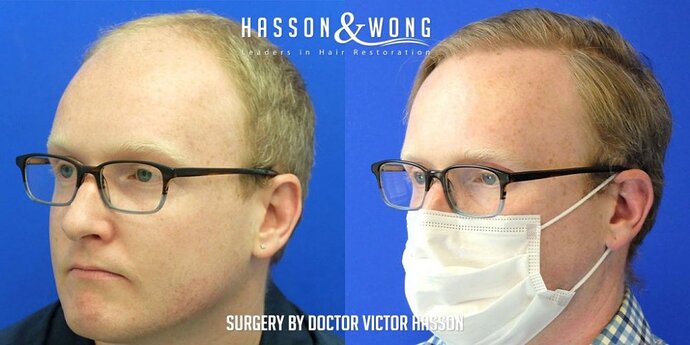 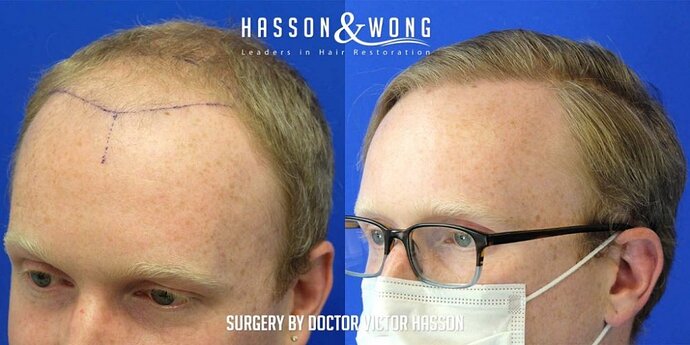 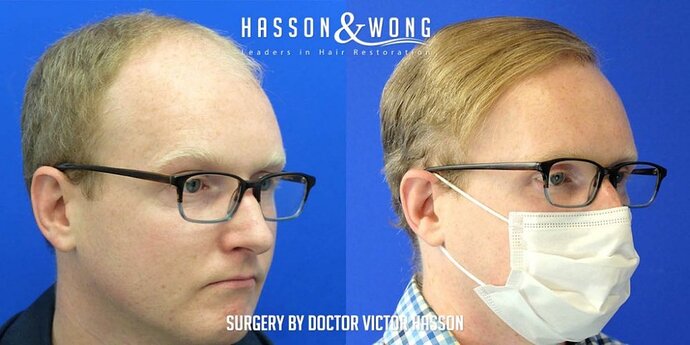 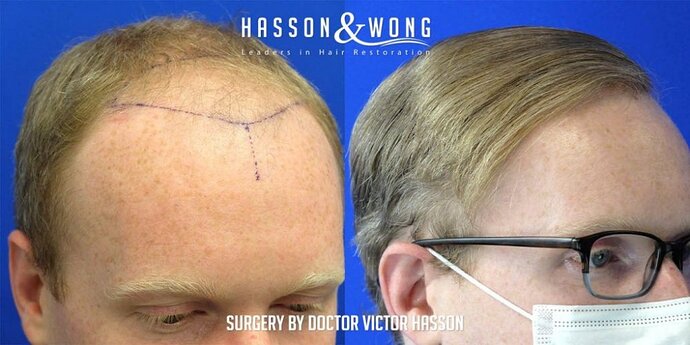 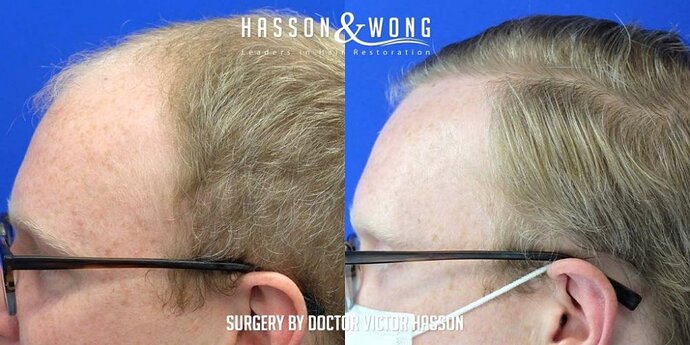 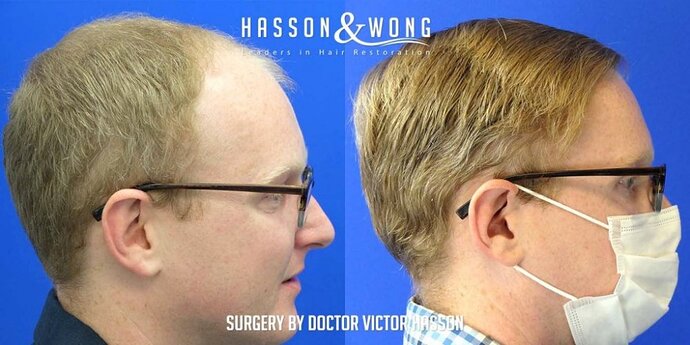 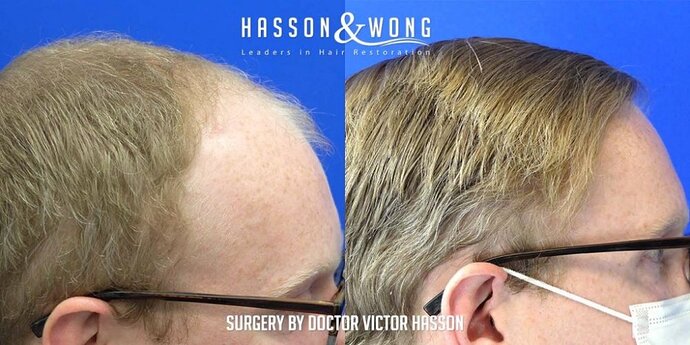 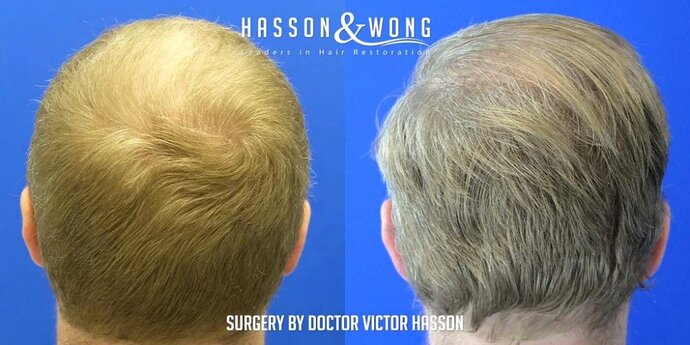 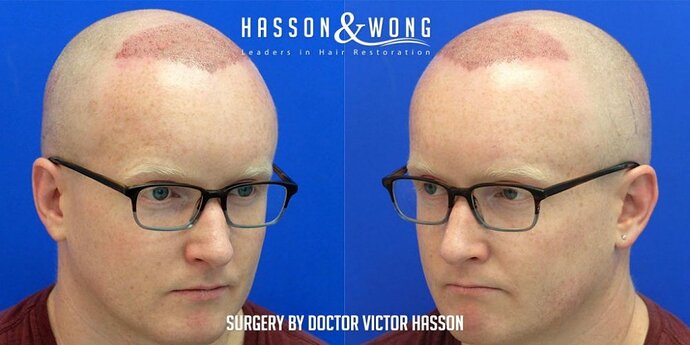 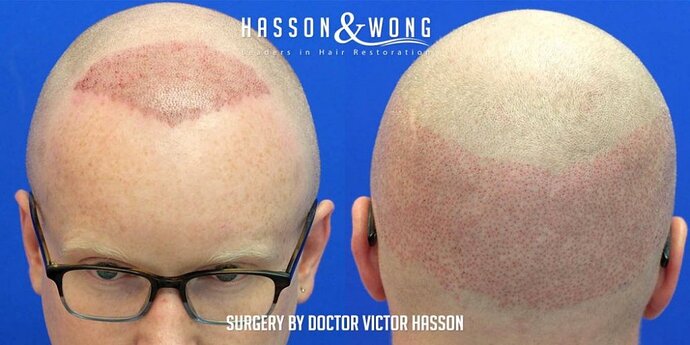 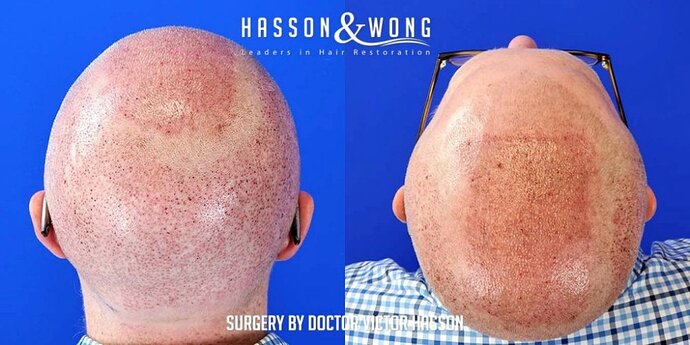