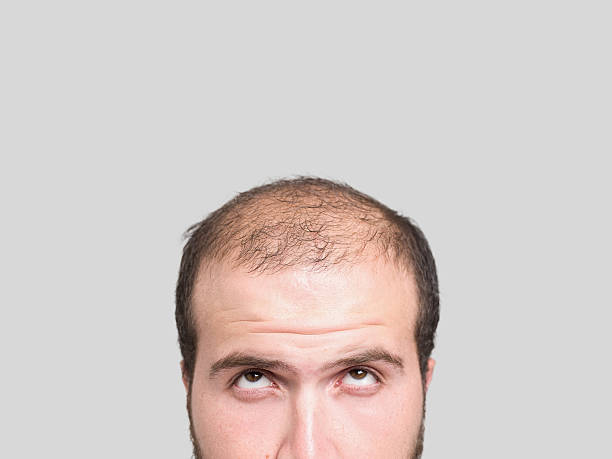 Hair loss in men often occurs as a result of the increase in genes and the male hormone testosterone in the body. Generally, hair loss in men in their early 20s can be caused by nutrition, skin disease or stress.

Hair loss in men often occurs as Androgenetic Alopecia (AGA). AGA, known as male pattern hair loss, male pattern baldness, masculine hair loss or usual baldness, is a type of hair loss that occurs with the effect of androgen hormone in people with genetic predisposition. However, although hair loss in men is genetic and hormonal, it is also triggered by factors such as stress, irregular and malnutrition, and smoking.

Genetic origin hair loss is a type of hair loss that mostly results in baldness. The sensitivity of the hair to hormones in the genetic structure of the person is the cause of hair loss in men. Although the incidence increases with age, the age of onset is not clear and changes. Genetic hair loss, which is generally observed in the early 20s, occurs in people with a family history of baldness. And these hairs are faced with shedding eventually. While it is not possible to stop it completely with external interventions, the only solution is hair transplantation operations.

One of the causes of hair loss in men is hormones. If the person has a hereditary predisposition, the effect of hormones on hair loss is higher. Although hair loss in men is based on genetic codes, it cannot occur without the presence of androgens. Androgens interact with hair follicles that are genetically coded as sensitive, and with this interaction, they cause thinning and shedding of the hair. The communication of androgens with hair follicles is as follows. The male hormone testosterone turns into Dihydro Testosterone (DHT) through the ‘5 alpha’ enzyme. With its conversion to DHT, the testosterone level in the body increases. With the effect of this, the increasing level of androgen hormone in the blood brings along an increase in hair loss in men. Therefore, hair follicles exposed to DHT begin to shrink and thin, and gradually stop growing over time.

Other Causes of Hair Loss in Men

How Is It Diagnosed?

In order to understand the hair loss problem and its level, hair analysis is done first. The sparseness level or the frequency level of the hair is examined manually by the doctor and it is easily understood which type of hair loss it is. In addition, with the development of technology, hair loss analyzes are performed with the help of various devices. These devices, which have the feature of high resolution, can reflect the scalp to the computer screen and enable the problems in the scalp to be understood and the problem to be detected.

Hair loss level in men has been determined by the “Norwood Scale” since 1975. Today, although many innovations due to the development of technology show themselves, hair loss in men is still widely classified with the “Norwood Scale”.

In the first stages of hair loss in men, first of all, drug treatment may be intervened. Medicines named Minoxidil and Finasterid used for this purpose are the only hair growth products approved by the US Food and Drug Administration (FDA) for hair loss. The drugs used in male hair loss treatments are generally drugs that prevent testosterone from thinning hair. These drugs prevent hair loss in both women and men by suppressing DHT. However, it should not be forgotten that drug therapy is effective in newly started mild and moderate hair loss.

Besides drug treatments; PRP, which is based on the principle of injecting one’s own blood back to the person, and hair mesotherapy, in which various vitamins are injected into the scalp, are among the methods used to prevent hair loss in men. However, there is not enough study to show that PRP and hair mesotherapy is an effective method for the development of hair follicles.

As a matter of fact, it is not possible to prevent hair loss in men if it is due to genetic and hormonal reasons. Although there are various medical treatment methods for both reasons, if the hair loss in men has reached advanced stages, the only method to be used as a solution is hair transplantation operations. Hair transplant; It is based on the process of transferring the hair follicles taken from the area that is resistant to genetic loss in terms of hair follicles, to the balding area. Using the FUE method, the procedure applied under local anesthesia does not cause any pain. In recent years, hair transplantation has become a highly preferred treatment method due to its advantages such as no scar in the area where the hair follicles are taken and leaving a natural appearance on the front hairline.